Messi Vs Ronaldo, Who Is The Greatest? [Infographic]

Every true football fan has at least once engaged in the intense debate about Christiano Ronaldo vs Lionel Messi rivalry. It’s definitely a matter of nuance, considering their stats, as well as personal taste, since these two football maestros have different temperaments and playing styles.

Ever since their first encounter on the field, at the 2007-08 Champions League semifinal game between Manchester United and Barcelona, it was clear that Messi and Ronaldo were major competitors. Today, if we take into account the number of trophies won, as well as individual awards such as Golden Shoe or Ballon d’Or, it is perfectly clear that these two players fall into the greatest of all times, but the question who is better still remains hard to answer.

How Many Trophies Has Messi and Ronaldo?

As of 2018, Ronaldo has had 24 club honors, and won the UEFA European Championship title. On the other hand, Messi has 30 club honors, and he won the FIFA World Cup and the Olympic gold medal. Both players are equal when it comes to Ballon d’Or award records.

Who Has Scored the Most Goals, Messi or Ronaldo?

If we exclude friendly matches, Messi scored 656 goals so far for the clubs and the national team. Ronaldo’s all-time goal count is 682, but although the number is a bit higher it doesn’t prove Ronaldo is actually the GOAT (Greatest of all time) because his career is a little bit longer than Messi’s.

Who is Faster, Ronaldo or Messi?

By many, Messi is considered the fastest footballer alive when it comes to short distances and dribbling skills. Ronaldo is known for his extraordinary abilities in long runs as well as one on one sprint.

Take a look at this very informative Betting-Sites infographic below, which provides detailed head-to-head comparison of the two greatest soccer players of all time.

By the way, if you’re interested in Fantasy sports, we’ve created another comprehensive infographic depicting the rapid growth of its popularity. 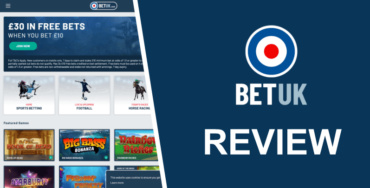 BetUK is a betting site launched in 2018 by LeoVegas Gaming Plc. from Malta. 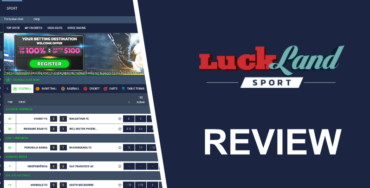 A sportsbook that offers a wide range of markets, from football to snooker, as well as live betting on selected events and esports.

Top 6 Biggest Accumulator Wins in the UK: The Stories Worth Sharing

If you’ve never spent hours agonizing over your acca bet just to see it come crashing down in the final minutes of the last game, then you can’t call yourself a true punter. We’ve all been there at some point or another, and it really is one of the worst feelings in the world, especially […]