The rising popularity of fantasy sports shows no signs of slowing. It’s estimated that the rotisserie sports market is worth several billion dollars and growing fast. Fantasy sports are uniquely addictive because you feel that you have a stake in the actual performance of the players on your imaginary teams. And it’s not just luck – a certain amount of skill is also required to achieve a winning season. On popular fantasy betting sites like FanDuel and DraftKings, users think strategically as they create virtual teams consisting of players from the real world.

Many top-notch sports betting websites that we have reviewed, such as Bet365 for example, also include Fantasy sports section.

What is Fantasy Sports?

Fantasy sporting allows participants to assemble their own imaginary teams that consist of real-life players from the sports world. Based on actual performance of those professional players, the imaginary teams receive points. The winner is the participant who has won the most points.

There are strong arguments suggesting that fantasy sports aren’t gambling. Since the outcome depends on statistics about the actual performance of real-world players, fantasy gaming participants must apply their knowledge and skills to playing strategically. This is different from real football betting, for example, where the prediction of the outcome depends largely on gambler’s luck.

Which Fantasy Sport is the Most Popular?

How Many People Participate in Fantasy Sports?

According to a Fantasy Sports Trade Association survey, nearly 60 million people participated in fantasy sports in the US and Canada during 2017. A large and growing percentage of fans prefer mobile apps over desktop websites for fantasy sports betting.

This type of virtual competition has created a significant impact on real sports. Leagues and networks have reported increased viewership after fans were given the opportunity to get more involved in their favorite sport. 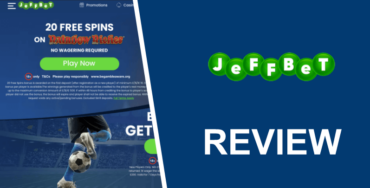 JeffBet is a new sportsbook established by ProgressPlay, an MGA and UKGC licensed provider known for its great selection of sports and smoothly running sites.

F1 Betting Guide: All You Need To Know

The FIA Formula One World Championship, or F1 as it’s commonly known, is a worldwide motor racing event for single-seat, open-wheel Grand Prix cars, which takes place each year. Formula 1 is one of the most popular sports in the world, and betting on it is a great way to add excitement to the races. […]