Esports Earnings: How Much Do Top Players Make?

Esports are big business, for both players and betting sites. While people often mistake it for virtual or fantasy sports, in reality, it’s quite a different niche and a legitimate source of full-time jobs for many gamers around the world. And if esports earnings in recent years are anything to go by, they are very well-paid jobs, too.

They are also performed by various different types of gamers. Many of them completely break the traditional gamer stereotypes, while their earnings compete with professional athletes from traditional sports.

When it comes to Esports gaming, Dota 2 is by far the highest-paid game, with nearly 1500 tournaments and prize money totalling over 231 million. The largest Esports game tournaments are held for Dota 2, Counter-Strike: Global Offensive, Fortnite, and League of Legends. Naturally, the top Esports earnings are generated by players who are focused on those games.

But Dota 2 is in a league of its own. In fact, every single Esports player on the top 10 list of the biggest earners plays the popular strategy game. Furthermore, there are only seven players among the top 50 earners who play games other than Dota 2.

The upcoming International 10 Dota 2 tournament has a record-breaking prize pool of just over $40 million, further widening the gap between Dota 2 money and other competitive esports.

As such, rather than merely making a list of the leading industry earners, this article focuses on the income of the top Esports players across the three most popular competitive video games (Dota 2, Fortnite, and CS: GO). We’ll also list the top-earning Esports teams, just to give you an idea of how much money is in the game these days. If you want to get in on some of the action, check out our list of the best esports betting sites around. 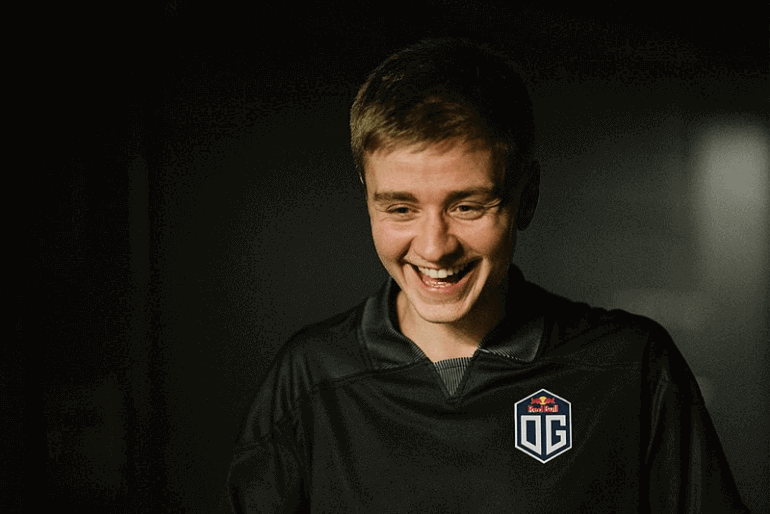 As the most successful Dota 2 team in recent years, OG groups the highest Esports earners. The team’s most popular and commercially successful member is Denmark’s Johan Sundstein, a.k.a. N0tail, who shot to fame in Heroes of Newerth in 2014. The founder and captain of the first iteration of OG called Monkey Business helped several upcoming talents such as Miracle- and Cr1t- break onto the big scene while leading the new OG team during its back-to-back wins at The International tournaments in 2018 and 2019.

Considering their recent successes, it’s little surprise that team OG doesn’t just have the highest-paid pro gamer on their roster but the top five earners. Second on that list is Jesse Vainikka, a.k.a. JerAx. The Finnish sensation returned from a brief episode in the Finnish Navy to help the newly formed OG team (now sponsored by Red Bull) achieve stunning back-to-back victories at The International against PSG.LGD and Team Liquid. He is currently not playing competitive matches, but he is still an OG man.

Last but certainly not least on our list of the highest-paid Dota 2 players is yet another OG squad member, Anathan Pham, a.k.a. ana. If you want a classic Dota 2 nerd stereotype, here’s your guy: Anathan supposedly played Dota 2 for 10+ hours a day at one point and even dropped out of high school to move to Shanghai when offered a position at Invictus Gaming’s in-house league. His run at worthwhile Esports prize money started by helping Invictus beat Newbee in the 2016 NEA final, but he started seeing some serious money when he joined OG. 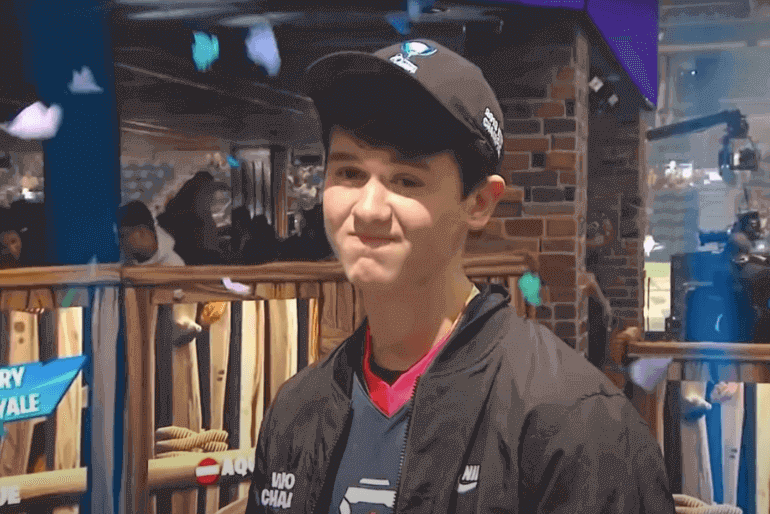 Despite being one of the youngest players on our list, Kyle Giesrsdorf made earnings comparable to Dota 2 veterans, primarily due to his 2019 victory at the Fortnite World Cup Finals in 2019. He was only 16 at the time, which, as evil tongues would say, is all the proof you need that Fortnite is primarily a game aimed at teenagers. During the same year, he also won the Best Esports Athlete award.

Esports earnings in Fortnite don’t quite match up to those from Dota 2 tournaments just yet. Still, considering that the prizes for Solo events aren’t split between players, it’s little surprise that Psalm made it onto our list despite losing the Fortnite World Cup Finals in 2019 to Bugha. Besides bagging $1.8m for that effort, he also earned $23,000 in total for winning back-to-back HGC Phase #1 Pro tournaments in NA in 2017 and 2018.

By now, you can see a trend – the Fortnite World Cup Finals in 2019 were a massive moneymaker for both Solo and Duo players. Together with fellow teammate Emil “Nyhrox” Bergquist Pedersen, he won the tournament and took home a cool $1,500,000 in prize money. He also won Fortnite Champion Series – Season X EU Finals with stompy and Tschiiinken, splitting the $480,000 three ways during the same year.

A legend on the CS: GO scene, dupreeh has the 34th highest Esports earnings in total, owing to a stellar career with Astralis, as well as solid performances with Team Dignitas and Team SoloMid. His many notable achievements include the ESL Pro League Seasons 7 and 8, IEM Katowice in 2017 and 2019, the Intel Grand Slam Season 1, ELEAGUE CS: GO Premier in 2018, and many smaller tournaments along the way.

Even casual CS: GO fans have probably heard of the Astralis, and for a good reason. These guys are the 90’s Chicago Bulls of Counter-Strike, so it’s little surprise that their players dominate the earnings table. Andreas Hojsleth, a.k.a. Xyp9x, helped the Astralis become the first team to win three consecutive and four total majors and become IEM Grand Slam champions. In a vote by members of HLTV.org, he was named 13th best CS:GO player in both 2017 and 2018.

Unsurprisingly, the majority of CS:GO money from game tournaments held in the past five years went to Astralis. Nicolai Reedtz, a.k.a. Dev1ce, along with fellow Danish players Peter Rasmussen, Lukas Rossander, Andreas Hojsleth, and Emil Reif, cleaned out almost all of the major tournaments, earning a pretty penny and admiration among the CS: GO gaming community. Not only did Nicolai help establish what is arguably the greatest CS: GO clan in history, but his 15 MVP titles are a record within the game as well. He recently signed on with Swedish team Ninjas in Pyjamas, in the most expensive transfer in the history of CS: GO.

When it comes to esports player earnings, Lee Sang-hyeok, a.k.a. Faker, is a living legend. He is widely regarded by both players and fans as the most talented and successful League of Legends player of all time. He is a legend in the mid-lane, winning countless major tournaments since his debut in 2013. With eight years of professional experience and over $1.2 million in prize money, he is an icon in both Korea and the wider LoL community online.

Who says you have to play Dota 2, Fortnite, or Counter-Strike to win the big bucks? You “only” have to play in over 155 tournaments, win a bunch of CWL Pro League and MLG titles, bring excellent results to three different major clans, including Evil Geniuses and OpTic Gaming, and generally win almost everything that can be won in CoD: MW. Easy, right?

Earning a good esports salary while playing Starcraft II is not as easy as being a CS:GO or League of Legends player, not to mention Dota 2. Nevertheless, both Starcraft games have had many significant video game tournaments, allowing pro players to take home some serious cash. One such player is Finland’s Joona Sotala, better known as Serral, who became the first non-Korean player to win the $280,000 StarCraft II World Championship Series back in 2018. Among his many achievements are winning back-to-back GSL vs. The World tournaments in 2018 and 2019. At the age of 23, he still has a lot to prove, and we feel like the man is just getting started.

When talking about esports earnings, it would be remiss of us not to mention teams as well.

Thanks to the back-to-back victories at The International in 2018 and 2019, OG managed to clinch second place overall, despite playing in only 111 tournaments in total. To put that in perspective, Team Liquid (in its various iterations) played in nearly 2,000 tournaments, while Evil Geniuses earned nearly $10m less than OG, despite being active in 864 tournaments.

How much do esports players make?

Quite a lot, but the number varies greatly depending on their popularity. Average Esports players earn around $4,000 a month, but top-tier pro players get more than $5,000. The real money, however, comes from tournaments, social media, streaming, and sponsorships, so solo players and successful streamers tend to make a whole lot more. For example, top Dota 2 players such as N0tail and JerAx have earned over $6 million in tournament prizes.

What is the highest paid Esport?

When it comes to money, Dota 2 revenue is second to none. This is primarily thanks to the enormous yearly crowdfunded tournament called The International, which boasts an ever-increasing prize pool, half of which is given to the winner. In 2021, the prize pool is a record-breaking $40 million. Other well-paid Esports games include Fortnite, League of Legends, Overwatch, Call of Duty, and Counter-Strike: Global Offensive.

What are Esports worth?

Well over $1b and looking to surpass $1.5b by 2024, according to Newzoo. Esports is a massive industry that experienced steady growth in recent years. Even the global pandemic hasn’t slowed things down, as Esports gaming competitions simply migrated to online settings.

Who is the richest gamer?

If we look at the total revenue, Ninja’s earnings far outweigh any other player, with the popular streamer earning over $142 million from Fortnite alone. Much of his earnings come from streaming and extremely lucrative deals signed to stream on Twitch and Mixer. In terms of only prize money, Johan Sundstein, better known as N0tail, took home nearly $7m in tournament prizes during his very successful career.

Who is the richest girl gamer?

Unfortunately, the gender pay gap among professional gamers is akin to many traditional sports such as basketball. As such, female gamers often earn much more money through Twitch and Youtube streaming than they do in actual esports earnings from tournaments or team wages. For example, Xiaomeng “VKLiooon” Li became the first woman to be crowned Hearthstone Global Champion, taking home $200,000 in prize money, while Katherine “Mystik” Gunn made around $100,000 on Halo: Reach tournaments. These numbers, however, pale in comparison to Twitch streamers such as Amouranth and Loserfruit, who are worth several million dollars.

F1 Betting Guide: All You Need To Know

The FIA Formula One World Championship, or F1 as it’s commonly known, is a worldwide motor racing event for single-seat, open-wheel Grand Prix cars, which takes place each year. Formula 1 is one of the most popular sports in the world, and betting on it is a great way to add excitement to the races. […]

You might be an avid cricket fan, or you might simply like to bet on sports. Either way, there are dozens of bets you can make on cricket. Some bets are easy for any sports fan to understand. Others require a more in-depth knowledge of this sport and the teams that play it. In this […]