What Is a Super Over in Cricket? Beginner’s Guide

The nail-biting action of cricket matches often brings us to the edge of our seats. After all, cricket would never attract millions of followers if it didn’t offer a wealth of excitement. Super overs can boost enjoyment, and these rounds add an extra dimension to the game. Thus, we wanted to cover the topic for those not familiar with super overs — a relatively recent addition to the cricket world. Our guide answers the question “What is a super over in cricket?” but we also provide plenty of other information regarding this playing method.

After learning more, you’ll be ready to wager on cricket on the best UK betting sites.

Like in almost any other sport, cricket matches that end in a tie can be underwhelming and even disappointing. We all want our teams to win and, even more, we don’t want them to lose. A draw is nobody’s favourite. Also, sometimes we must have a winner to determine which team will progress to the next round.

That’s when super overs step onto the scene, but many fans don’t even know what super over means in cricket. To help you grasp the basics of the concept, we’ll cover the fundamentals of super overs in One Day International and Twenty20 cricket.

Betting enthusiasts can also benefit from this guide because super overs provide plenty of wagering opportunities, especially in live betting on cricket. Therefore, it’s time to see what super overs are and how they came to be.

As you already know, the number of runs is the determining factor in a cricket match, alongside the number of wickets. Professional teams typically score 7–8 runs per over, so the total can exceed 200–300 per match, depending on the format. A considerable portion of cricket contests ends with an equal number of runs scored by the teams.

How can you determine the winner, i.e., the team to progress to the next round? You can achieve that by applying super over cricket rules and playing a tie-breaking round after the match.

In essence, the super over in cricket acts as extra time in football, providing teams with an opportunity to outscore the opponent in a mini-version of the game. In other words, super over is a tie-breaking method. Of course, this oversimplified definition hides many details, so let’s check how the super over works in action.

Because of the nature of the game, super overs are only present in One-Day International and Twenty20 cricket. Only the matches with a limited number of overs and a limited duration can feature a super over. Moreover, you’ll not find super overs in the group stages, only in the knockout phase.

As we said, a super over as a tie-resolving procedure determines the winner of a match. In a way, the actual super over meaning in cricket is best described by the nickname Eliminator. Some fans also use the phrase one-over Eliminator, but the point remains the same — super overs eliminate one team and reward another.

The first use of a super over was in December 2008 for deciding the winner of a match when West Indies overpowered New Zealand in a hair-raising contest. Over the years, this match reached legendary status, especially Chris Gayle’s performance during the super over. Thanks to his solo effort of 25 runs, West Indies beat the Blackcaps even though the full-time result was 155 each.

Before introducing the super over, cricket matches relied on the so-called bowl-out session to determine the winner. The rules of a cricket super over and the bowl-out round are worlds apart, and the new system improved the game’s fairness. Yet, things were far from perfect, and we’ll focus on the drawbacks in one of the upcoming chapters.

The crucial difference was that the bowl-out method did not include batsmen. In other words, it was like a penalty shootout in football, but with no goalkeepers. The bowler’s task was to hit the stumps, and each team had five deliveries. As we mentioned, everything changed in 2008, so let’s look closely at the current propositions for a super over.

Now we come to the technical part, but don’t worry, the rules are relatively straightforward. Namely, it all starts with each team nominating three batsmen and one bowler. Also, each team has two wickets in the super over round.

Typically, five minutes after the match’s conclusion, umpires will signal the start of a super over. The team that batted second at the beginning of the game will now bat first. Thus, Eliminator does not feature a coin toss since the rulebook already prescribes the batting schedule.

We should also mention that the cricket World Cup super over rules and regulations differ between the group stages and the knockout phase. To be precise, the super over method does not apply to group matches, and those games can end in a tie with the spoils shared. However, the knockout stage requires a winner after every contest, requiring the use of a one-over Eliminator.

You may ask what happens if a super over ends in a tie, which is a perfectly reasonable question. After the 2019 World Cup Final, the ICC changed the regulations, stating that the number of boundaries during the regular match time does not decide the winner. Instead, teams will play successive super overs until there’s a winner.

Speaking of the 2019 event, we should also explain how it caused an uproar in the cricket community. Many believed that the super over mechanism was unfair and had no place in the cricket rulebook.

Precisely, the boundary countback rule decided the winner at the Lord’s, meaning that England won the match by the narrowest of margins. Nonetheless, most players, pundits, and fans felt that “it was not cricket”. They did not want a technicality to decide a match.

Thus, the ICC had to scrap the rule and replace it with an alternative option — a theoretically unlimited number of super overs.

If you’ve ever asked “What is a super over in cricket?”, our comprehensive overview should provide all the answers you need. The tie-breaking procedure is not a regular occurrence, but it happens from time to time.

It’s best to stay prepared and know what’s going on when umpires signal the start of a one-over Eliminator. Likewise, it’s good to know whether the super over method will be on the menu in a specific contest. 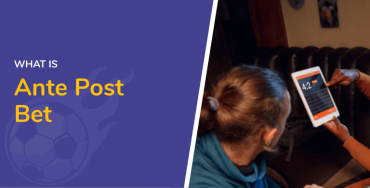 What Is an Ante Post Bet? A Beginner’s Guide

Finding a value bet is the holy grail of betting, and we spend hours browsing through the offering in search of favourable odds. Ante post betting can be a viable wagering option as long as you know what you are doing. To help our fellow punters answer “What is an ante post bet?”, our extensive […] The outcome of a horse race is affected by numerous things. Some of the most important aspects to consider are the horse’s age, health, gender, weight and, most importantly, the horse’s racing form. Even the horse’s trainer and a jockey can significantly affect a horse’s performance. However, one major aspect many inexperienced punters overlook is […] 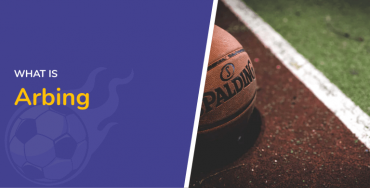 What Is Arbing and How Does It Work? An In-Depth Guide

The best UK betting sites offer a wealth of wagering opportunities, and with a bit of luck, punters can make hefty profits. Yet, many don’t want to rely on chance, and they turn to arbing as a source of guaranteed returns. Sounds too good to be true? In a way it is because there’s more […]