Everton is about to choose a successor to its former manager, Carlo Ancelotti, who left the club to return to Real Madrid. After the third round of negotiations with the English club’s hierarchy, Rafael Benitez is in pole position to be offered the vacant managerial role.

The Spaniard has been out of work since leaving the Chinese club Dalian Professional (formerly Dalian Yifang) earlier this year. The former manager of Chelsea, Liverpool, and Newcastle United is now very close to coming back to the Premier League.

Belgium coach Roberto Martínez, one of the club’s former managers who was fired in 2016 by the current owner Farhad Moshiri, could be open to a return to Goodison Park and has at least a few admirers among the board members. Nuno Espírito Santo, who left Wolves at the end of last season, is also a likely candidate for the role. Benítez, however, remains a firm favourite and could become the first man to lead both Merseyside clubs.

Everton’s potential decision to appoint the 61-year-old Spaniard for the managerial role could go down badly with the club’s supporters. The Spaniard is considered one of the most successful former managers of the club’s biggest rival, winning both the FA Cup and the Champions League during his 2004-2010 spell as Liverpool boss.

The fans also haven’t forgotten that, after a drawn Merseyside derby in February 2007, Benítez called Everton a “small club”. The candidate for the managerial role has since clarified that he intended to say they were a “small team”.

Despite the Spaniard’s clarification and credentials, not all Toffees supporters are at peace with the thought of a former Liverpool manager being in charge of their favourite team.

Benítez, who still resides in the area, looks forward to the challenge of reviving Everton and hopes his methods will eventually win over sceptical fans.

Should the Spaniard land the Everton job, it would be the second Moshiri’s hiring decision met with a hostile response from the fanbase, the first involving Sam Allardyce’s 2017 contract with the club.

It will be interesting to see how the upcoming changes will affect betting odds and how English football betting sites will react.

You might be an avid cricket fan, or you might simply like to bet on sports. Either way, there are dozens of bets you can make on cricket. Some bets are easy for any sports fan to understand. Others require a more in-depth knowledge of this sport and the teams that play it. In this […] 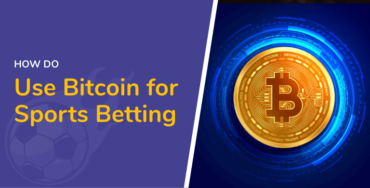 How To Use Bitcoin for Sports Betting: A Detailed Guide

Are you a sports fan looking for a new way to bet on your favourite teams? If so, Bitcoin (BTC) may be the answer! It’s a digital currency that can be used to make deposits and withdrawals at online sports betting sites. Bitcoin is convenient for fans who want to place bets without using traditional […]